by Chai Jia Xun
a read

Ah, Google. You provide so many free things that people question how its possible. Then you drown said questions with more free stuff. Who can complain? I welcome you to take all my data and use it to train that bot that can predict the future that I’m sure you’re working on. Wouldn’t living in a minority report style reality be so nice? No need to ever do groceries again. Amazon will deliver the merchandise that they know you were going to order before you even realise you needed it.

I digress. Today, I want to talk about the amazing deal of a service that is Google Photos. In case you didn’t already know, Google Photos offers unlimited backups of your phone’s pictures. It also provides a butt-tonne of amazing features which I hope to cover in a separate blog post in the future.

I used to backup my photos to Google Photos at the original quality because I didn’t want to lose resolution. Only when I started to run out of Google Drive space, did I think of the High Quality resolution; it was 16MP. Here’s the thing, most mobile phone cameras are <= 16MP anyway. I put two and two together, and realised I effectively could backup all my mobile phone photos for the cost of love and fresh air.

As with all things that are too good to be true, I finally found the catch. The image may have been saved at the original resolution, but the quality was reduced! The file sizes were much smaller, almost half of the original photo. Technically, this is on me since I assumed that the pictures would retain their original form. But still! *Shakes fist at air*

It has come to my attention that it was mentioned that the image would be compressed. I didn't really read past the Unlimited free storage part okay?

Being the kiasu fellow I am, all my original photos were backed up to my hard drive. So I'm really just complaining for the sake of it, in effect I lost nothing. *Un-shakes fist*

That being said, I'd still like to know the actual difference between the online photo and the original photo. I've put a bunch of photos together for a side by side comparison to see just how much photo we really lose.

Note: All photos were taken with my old Samsung Galaxy Note 4.

To start off, I have selected three different photos for comparison. One landscape, one text, and one low light photo. The first thing we'll look at is the metadata.

As you can see from the photo, the metadata for the picture is almost exactly the same. The only thing missing is the DPI and the resulting size calculated from the DPI. Everything else apart from the size has been nicely carried over.

The samples below are downscaled, but you can download the full size images here (20MB) if you wish.

Yes I know that downsampling the photos like that makes the comparison moot. But the point I am trying to make is if this were just dump this somewhere like Facebook, it would make no difference.

We can see basically no difference in the photos at this zoom level.

100% crop simply means that each pixel in the picture is represented as a pixel on your actual screen*.
* roughly. Depending on your DPI and a bunch of other factors, the scale may not be exactly 100%.

You can pull the sliders to do this comparison yourself. The ones on the left are the original and the ones on the right are the compressed versions.

I'm not sure about you, but I am having a lot of difficulty telling the images apart. In fact, it looks like a single photo with a bar going across it. It would almost seem that either Google's compression algorithm doesn't lose any data, or Samsung has a really bad compression algorithm for their photos.

Is there even a difference?

Last try. In order to get a result, I have selected a high contrast spot from the landscape photo that will most likely have a compression artifact. Furthermore, the image has been blown up by 4 times and put through a levels adjustment to increase the contrast in the dark areas. If this still gives me nothing, there is definitely some black magic happening here.

Again, the left is the original while the right is the compressed version 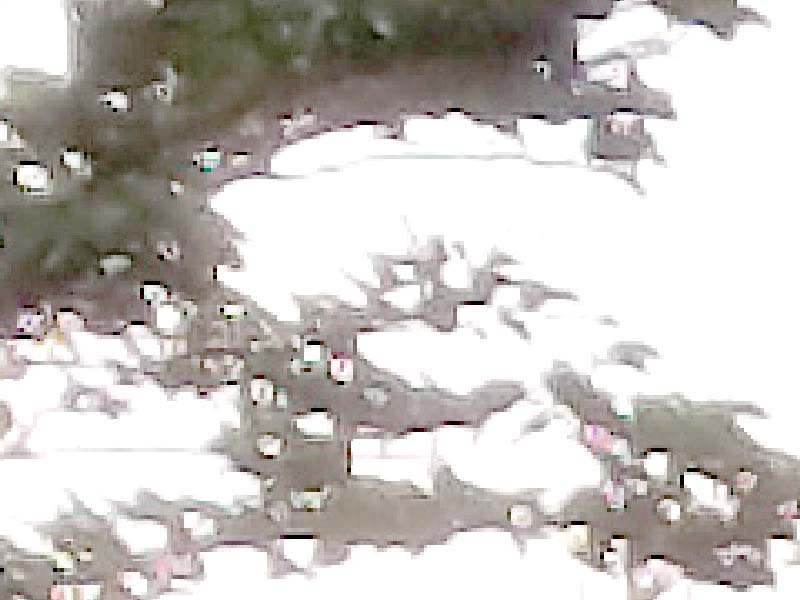 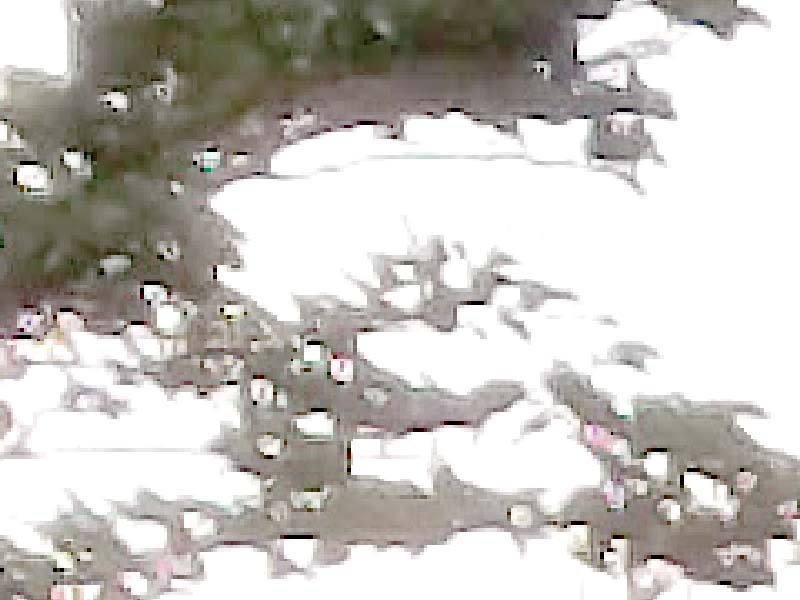 If you squint your eyes just right, we can finally see the difference between the images. The compressed image gets noticeably more blocky in the dark areas and it only took a bit of photo manipulation to catch that.

So that's settled. The difference has finally been found, albeit negligible.

This is not over. How can anyone be satisfied with this answer? I still want to know exactly how they lose about half the data and still seemingly most of the original detail. That's a topic for another post, where we will dive into the jpeg compression algorithm and pick this mystery apart.

We have proven that Google Photo's compression algorithm is indeed lossy and I can never trust them again with my data.  Google Photos does a really good job keeping the photos in their near original quality while halving the file size. Also, who can argue against unlimited free storage?

Check the next post: SugarORM not creating tables / column not found »

Jia Xun speaks of himself in the third person when writing his bio. He thinks he's being cute but we all know that's just cliche. Being meta is so passe. Why do people still do it?